Integrating into the world 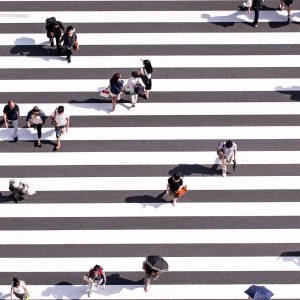 Integrating into the world

When thinking of integration, two words that come to my mind are ‘adaptation’ and ‘belonging’. I selected these words for their association with my personal experiences with integration, as they allowed me to define the extent of my own integration.

‘Adaptation’ is, in my view, essential for any migrant in order to be able to understand and adapt to the social and linguistic codes in their new environment. I choose to use the word ‘adaptation’ rather than ‘assimilation’, for I do not believe that migrants should aim to forget their own culture, language etc. Rather, it would be ideal to achieve a fluid harmony between the two worlds. In this reality, migrants are able to seamlessly transition between their multiple norms depending on which is applicable in a given situation or with a particular audience. While ‘adaptation’ may hold personal value to me in my experiences as a migrant, I do believe it fair that adaptation be asked of the local population as well, in terms of accommodating migrants and their differences, especially in a world that is becoming increasingly globalised.

Dialogue is, in my view, an underestimated vessel for bringing about acceptance of those new to communities. I often find myself here having conversations with Luxembourgers and Europeans (EU) where they appear to be naive about what is, to me, very basic knowledge about migration, such as needing a passport to travel outside of the EU, and some having certain preconceptions about the non-EU world. The vast majority of the time, this is down to simply not knowing and never having had these sorts of conversations with non-EU migrants. Of course, it is very easy to not question something we perceive as a norm, so I believe that open discussions between migrants and those in the host country can help both sides to broaden their perspectives.

I see ‘adaptation’ as a stepping stone towards ‘belonging’ in that it is through adapting that I feel accepted by those around me, meaning I feel more at home. ‘Belonging’ to me serves as a feeling to measure whether I perceive myself as integrated or not. I would describe it as being a part of a community, having a social and support network, as well as a sense of purpose wherever I may be. The concept of being part of a community, however, is one that I question, in the sense that associating myself with a diasporic community in particular, a New Zealand or anglophone diasporic community, would perhaps impede on my adaptation to the host country’s culture. I therefore prefer to avoid actively seeking out these kinds of communities.

Despite this, in Luxembourg in particular, I find it hard to feel completely integrated due to the high international population (48% of the population do not have Luxembourgish citizenship) meaning that it can be hard for me at times to discern what ‘Luxembourgish’ culture is. There is already so much cultural diversity here that sometimes I feel that Luxembourgish culture does not take centre stage, especially in metropolitan areas. The language as well can be a challenge to learn when most Luxembourgers speak 4 languages to begin with. However, the high proportion of foreigners in Luxembourg makes me feel more integrated into the world at large. No matter where you are from, I find that the fact that almost half of the country’s population has the commonality of being foreign means that, despite our various backgrounds, it is these differences that make us the same, we can understand each other because we have lived these experiences. Since arriving here, I have met so many different people from all over the world, and continue to do so on a daily basis, and it is through these interactions that I have come to see myself much more as a global citizen; integrated into no society but at the same time every society.

After reflecting on my thoughts surrounding ‘adaptation’, ‘belonging’ and their connection with integration, I have come to realise that, for me, people are at the heart of these concepts. No matter the place, those who surround me have the greatest influence on how integrated I feel, and have a vast impact on my adaptation and belonging in a place, more so than bureaucracy, cultural and linguistic differences and so forth. Where others have welcomed me with open arms I have been able to feel integrated and capable of being an active member of any society.